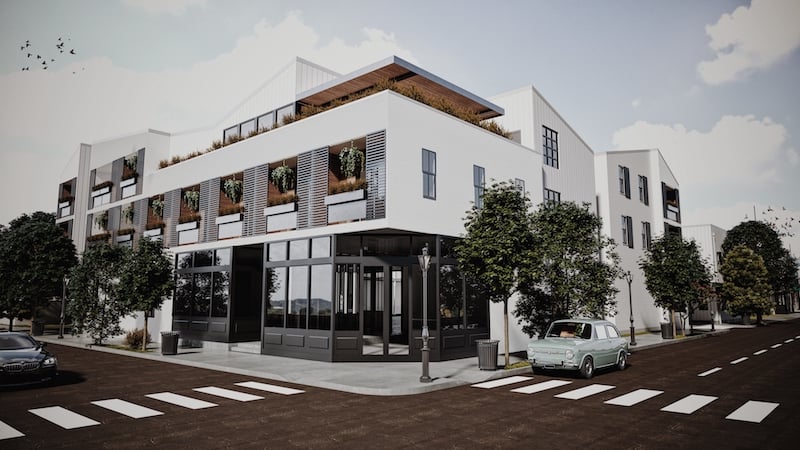 NEW ORLEANS – On December 8, developer Ted Kelso’s Stateside Hospitality and its partners held a groundbreaking ceremony at the construction site of a new 93-room Arrival in New Orleans hotel at the corner of Chartres and Mazant in the Bywater district. The hotel will have three floors of guest rooms, an outdoor pool and leafy courtyard, rooftop space, a cafe operated by Mammoth Espresso, and a new restaurant by chef Eric Cook (Gris Gris and Saint John). 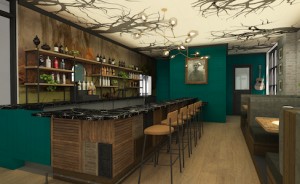 After years of development, the $25 million hotel is slated to open in late 2022. Construction officially began in March, and contractors poured a concrete slab and began erecting steel structures. Trison Construction, whose head office is in Metairie, is the builder. The New Orleans-based WTA studio has teamed up with Palm Springs Elementary architecture on design.

Kelso raised funds from several private investors for the project, which was originally designed as a hostel. After encountering neighborhood resistance to the idea as early as 2016, Kelso decided to build a hotel including a restaurant, bar and cafe that would attract area residents as well as visitors. The property, the former site of a seafood processing plant, is zoned to allow inns and hotels up to 10,000 square feet.

Kelso has partnered with Palm Springs-based Arrive, now owned by Los Angeles-based Palisociety, as the hotelier “designs its collection of hotels to reflect each unique environment and fill each with styles, tastes and, mostly, local people,” according to a press release.