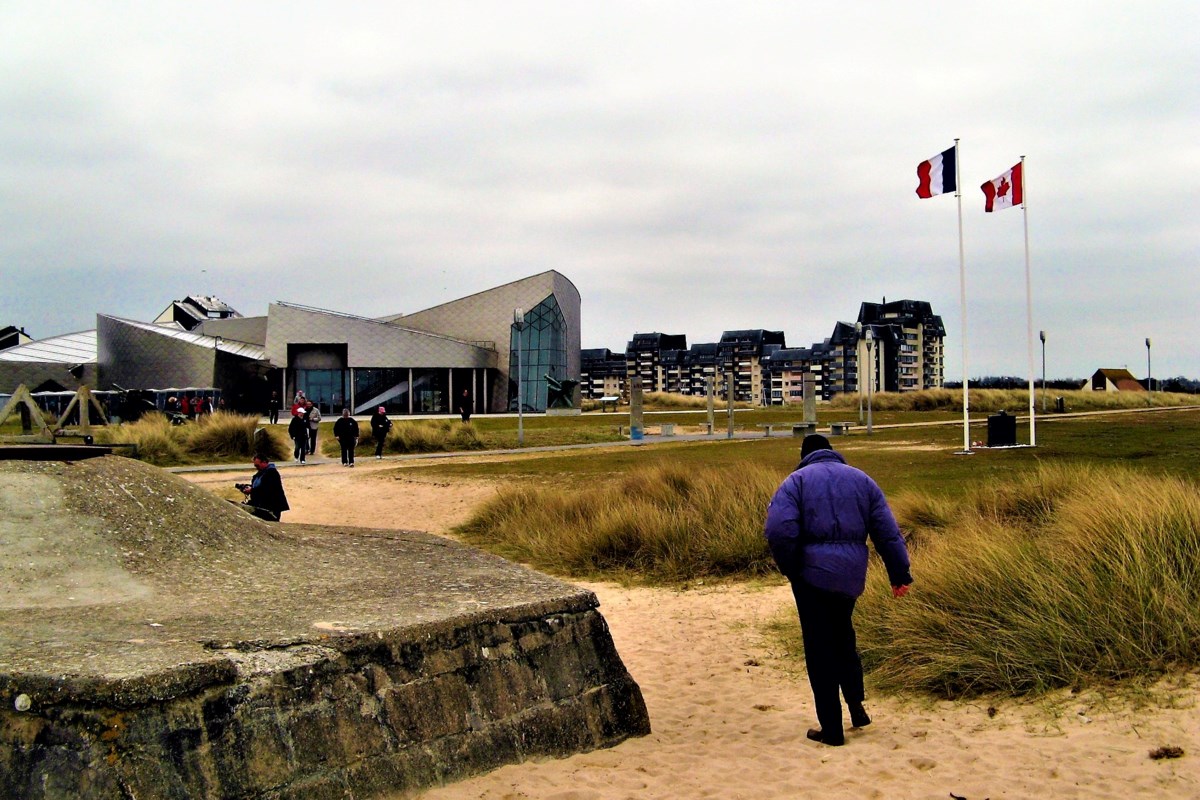 The iconic building that most Canadians think of on the anniversary of D-Day is the magnificent Juno Beach Center in Normandy which showcases Canada’s role in the Allied invasion of Nazi-occupied Europe. during WWII.

But two other historic buildings are in my thoughts today as I offer a silent prayer to my late father who landed at Saint-Aubin-sur-Mer under heavy enemy fire exactly 78 years ago this morning. These structures are Soo’s venerable Windsor Hotel (later renamed Windsor Park) and its counterpart in Oshawa, The Genosha.

If fate had not intervened, these two hotels would have been the scene of a wonderful reunion of two army buddies in 1945 after their victorious return from the battlefields of Europe – Sgt. SM (Mel) Douglas of Sault Ste. Mary and Sergeant. MO (Murray) Kirby from Oshawa, both members of 19e Field Regiment, Royal Canadian Artillery.

But the last time my father spoke to Murray Kirby was at an impromptu 3am meeting in the ‘head’ (naval term for latrine) on the ship taking them into battle across the English Channel. on June 6, 1944. Within hours, Murray would have been killed by a direct mortar hit on the immobilized half-track under which he had sheltered. Dad was a horrified witness to the carnage but had to continue to zigzag across the beach under machine gun fire.

Their last conversation aboard the invasion ship had happened by chance.

Pre-battle nervousness had caused Dad to wander the halls of the ship as he heaved through the storm-tossed channel en route to the French coast from his British embarkation point. At one point, he decided to answer nature’s call and was surprised to find his friend from Oshawa dragging a razor down his soapy cheeks at a sink in the communal restroom.

When he asked Murray – or “Moe” as he was known – why he shaved before going into battle, his friend, a Sunday school teacher in Oshawa before enlisting, replied with a wistful smile: “Well, Mel, you never know when you’re going to meet your Maker and I want to look my best!”

My father was horrified: “Don’t talk like that, Moe,” he replied. ” We are well. We have a date all set up, remember? I’m giving you the best steak dinner the Windsor Hotel has to offer when you go to Sault Ste. Married. And you’re going to return the favor to Genosha when I get to Oshawa. We have an agreement.”

“Of course, Mel, we have a deal,” Murray replied, brushing the remaining suds on his chin one last time, running his razor under the faucet and splattering his face. “See you in the Soo, my friend.”

Shortly after their conversation, the two men had assembled on deck, then descended from the side of the ship anchored off the coast of France and took up positions in separate landing craft heading for the shore.

Murray will become one of the 359 Canadians killed during the Normandy landings. Papa survived the invasion and fought throughout northern France, Belgium, Holland and Germany before returning to Canada at the end of his tour. Despite several opportunities to do so, he never returned to Europe, saying there were too many horrible memories “over there”.

But almost 19 years to the day later, I stood on the beach at Saint-Aubin-sur-Mer and marveled at the courage of those soldiers who had landed against a well entrenched and heavily armed enemy.

I then visited Murray Kirby’s grave at Bény-sur-Mer Canadian War Cemetery – as I have since done on every return trip to Normandy I have made as a military author and writer. traveler. I took a picture of his headstone the first time I stood in front of it and presented it to my dad when I got back to Canada.

Dad kept this photo on his bedside table until June 2, 1988 – four days before the 44e D-Day anniversary – when the old soldier finally made a date with his pal, not at the Windsor Hotel or the Genosha, but, as the lyrics of the song Old Soldiers Never Die say, in that “old mess not far from here”. where none of the horrors of war can ever touch them again.

“At sunset and in the morning, we will remember them!”