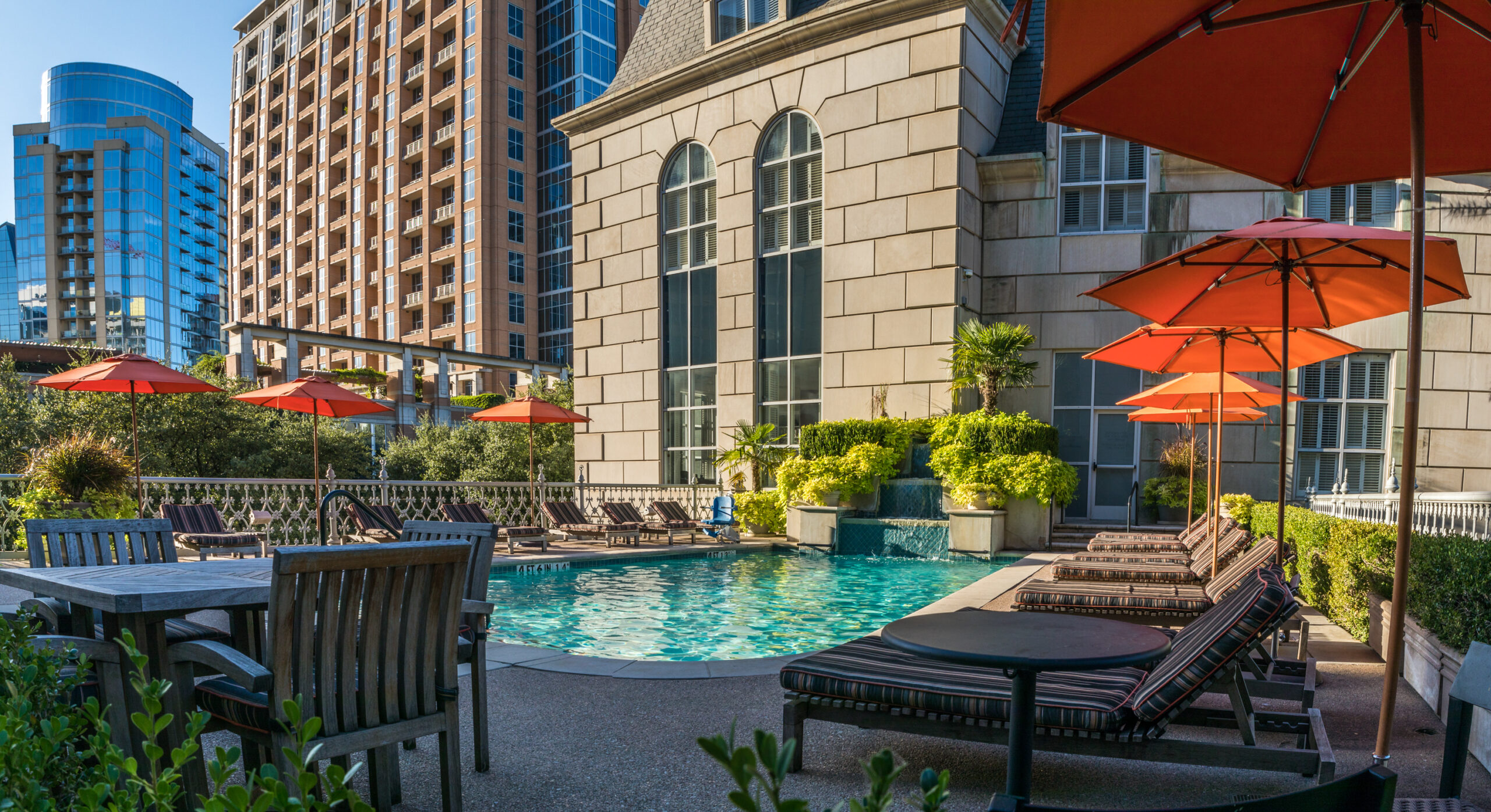 It was a dreary day when I walked into the Crescent Court Hotel to check in for an overnight stay, but my mood was instantly lifted by the establishment’s bright and welcoming lobby. The hotel sits in the heart of Uptown, a destination and shopping district that did not exist before Caroline Rose Hunt developed the Crescent resort in 1986, seven years after founding Rosewood Hotels and Resorts and six after opening The Mansion on Turtle. Stream.

The Crescent Court Hotel is the main amenity of The Crescent, which includes three connected office towers (1.1 million square feet), 11 restaurants, upscale shopping and more. The complex is owned by John Goff of Crescent Real Estate, who bought it last year, for the third time, after initially entering into a 50-50 partnership with Hunt at the start of the property. (The Crescent was so meaningful to Goff that he named his company after him in 1994.)

Today, Uptown is one of the nation’s most thriving markets, a remarkably balanced collection of hotels, restaurants, entertainment, office and residential space. The Crescent Court Hotel remains at the center of it all.

My stay had started before check-in with a blissful afternoon at the Spa at The Crescent, a 22,000 square foot urban oasis. I rarely pass up the opportunity for a massage – and the treatment menu offers several intriguing possibilities, including the Aromasoul massage (with essences from the Far East, Mediterranean, India, etc.) and a Tranquility Pro-Sleep massage (Indonesian Marine Malay Massages and Ayurvedic soothing techniques to induce a state of deep rest).

But with a milestone birthday fast approaching, a Joy of Beauty anti-aging facial was in order. Additionally, the spa had recently formed an exclusive partnership with [comfort zone] products, and wanted to try the Italian sustainable skincare brand. I came away impressed – enough to stop at the spa shop and stock up on the way out.

The products are restorative and hydrating without being heavy. My favorite was (I use it religiously) the Remedy Cream to Oil, a cleanser made with Marula extract that, as the name suggests, turns from cream to oil when rubbed into the skin. .

My treatment also included a detailed high-tech skin analysis, where I reportedly achieved impressive results for my age in wrinkle frequency and depth, hydration, and other metrics. (Take that, milestone birthday!)

Then, as I walked to my room, I took another look at the hotel’s $33 million renovation, which was completed in 2018. Waldrop + Nichols of Dallas led the redesign of the 186 rooms and 40 suites, as well as hallways. and elevators. Michelle Meredith & Associates oversaw the redesign of the spa and fitness center. The result is a decor that is both sophisticated and comfortable.

The rooms are comfortable and offer all the perks you would expect, including a Nespresso coffee maker. Standard accommodations range in size from 380 to 625 square feet. The hotel also has 40 suites, stretching up to the Presidential, a two-story suite that covers 3,000 square feet and includes a grand piano.

Later that night, a friend met me for dinner at the Crescent Club, a private dining club that hotel guests have access to. It sits on the 17th floor of the Center Office Tower and is known for its skyline views from a huge half-moon shaped window that takes up almost an entire wall. Entree options include the Crescent’s signature tortilla soup, lobster ravioli, and a few salads. Four starters are offered – Jidori chicken, striped bass, filet mignon and pasta – and three desserts: Crème Brûlée with Vanilla from Madagascar, Sacher Torte with praline popcorn ice cream and caramel sauce, and New York Style Cheesecake.

Far more memorable was a recent dinner at another of the hotel’s four restaurants: Nobu. Afterwards, I became so obsessed with chef Nobu Matsuhisha’s famous miso black cod that I looked up a recipe for the dish and spent three days making it, due to the marinating time required. (I’m not someone who likes to cook – for me it’s like a combination of math and science homework – so the fact that I put in the effort should tell you how much this miso black cod I managed a fair replica, but in the end I decided it was much easier and much nicer to get it in the restaurant.)

Nobu opened in the Crescent Court Hotel’s former Beau Nash spot in 2004. Beau Nash, which debuted with the hotel in 1986, was brought back as part of the 2018 renovation as a bar in the hotel lobby. Along with a respectable selection of wines and spirits, it offers appetizers ranging from cheese and charcuterie boards to sandwiches and sweets.

The hotel’s fourth restaurant is The Conservatory. There, breakfast and lunch are served in a beautiful veranda overlooking an interior garden. Several additional dining options are part of the Crescent development, but not the Crescent Court Hotel; they include the venerable Capital Grille, Sixty Vines and Moxie’s. Of course, the property is surrounded by countless other Uptown restaurants within walking distance, including Uchi, Truluck’s, Miriam’s Cocina Latina, or Mi Cocina at Klyde Warren Park, and an incredible concentration of upscale steakhouses.

The next morning, after a good night’s sleep, I went in search of caffeine. With Starbucks and Ascension on hand, I opted for the local brand and treated myself to a Doki-Doki (Kyoto-style cold brew) and Coconut Chia Pudding, two of my favorites. Fed up, I set off for a morning walk to nearby Klyde Warren Park.

By then, the dreary clouds had disappeared. The sun had come out, and with it, the promise of another beautiful day in Dallas.

Stay up to date with DFW’s rapidly changing business community with weekly features, interviews and news.

Christine is the editor-in-chief of CEO magazine and its online platforms. She is a nationally award-winning business journalist who has…