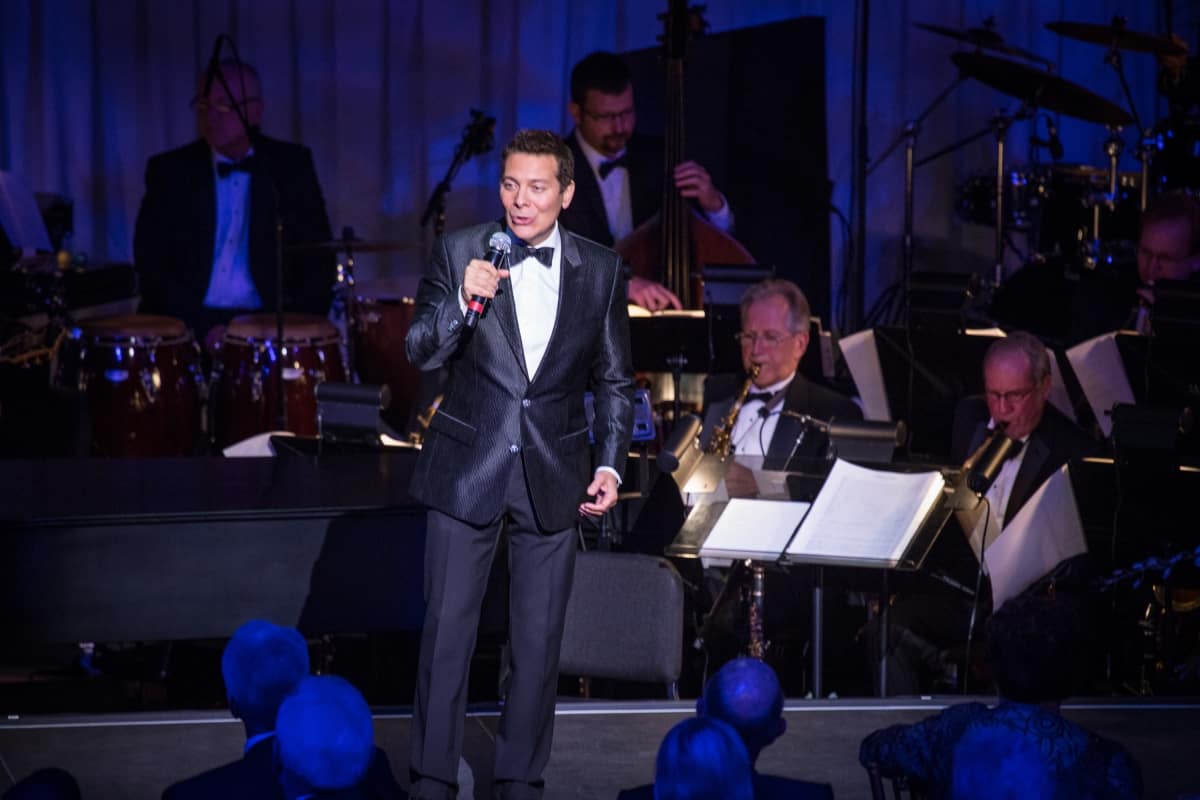 Two-time Emmy and five-time Grammy nominee Michael Feinstein returns to the club bearing his name with an all-new show featuring an eclectic mix of classics from The Great American Songbook, plus contemporary surprises.

A minimum of $25 for food and beverages will be required from all customers. For tickets and additional information, visit feinsteinshc.com.

It’s always a pleasure to talk with Michael Feinstein, and it’s a real joy to hear him talk about performing in Carmel. In this particular case, we talked about how Feinstein’s at the Carmichael and Carmel Hotel, Indiana, is developing an industry-wide reputation as a “must-perform” club and city.

Feinstein also shared what his fans and audience can expect to hear during his upcoming shows at the club next July.

Janelle Morrison: What do you think of the way the club has developed since its grand opening?

Michael Feinstein: This club is the first one I’ve been involved with that was built, literally, from scratch. It gave all of us – collectively – the opportunity to create something that was not just purpose-built, but which would hopefully meet all the needs and desires of clients and performers alike.

We really put our heart and soul into the room, and I think the result is a very comfortable room that just feels welcoming and enhances the experience – the stage experience, the musical experience – because everyone feels good the minute you walk into the room. And it’s something we all hoped for, and I mean it [the room] has a certain energy that people feel as soon as they are there.

JM: What is the feedback you get from some of the artists who have performed at Feinstein’s in Carmel and how do they compare to other venues?

Feinstein: The feedback from the many artists who worked on it has been overwhelmingly positive. Because as artists we play in so many different places, and to find a gem like this in the Midwest, I think, is probably initially surprising for artists, and it becomes something that they expect forward because it is devoid of all the negative that can sometimes afflict a club.

JM: You mentioned that the performers shared with you their joy at having exquisite accommodations in addition to performing in this magnificent venue.

Feinstein: In a nightclub, there is always the part that the public sees, then there is the infrastructure and the backstage [environment]. For the artists, sometimes we play in beautiful halls, and then the dressing rooms are horrible because that’s not where the money goes, that’s not where the thought goes. And so, we tried to make it rewarding on every level.

It’s kind of amazing to me because you keep your fingers crossed and hope and see what happens. And I could never have dreamed that it would really become a destination for people, not only for the public, but also for the artists.

JM: I understand that there are discussions about using the room experientially to increase awareness of this fabulous venue and all that it currently offers and can potentially offer.

Feinstein: I think the play hasn’t reached its full potential yet. I see it’s being used as a club – it could be a dance club or after hours hangout. It can have a longer lifespan during weekdays and weekends. It can be a room that can become a different type of experiential thing, and now we’re starting to explore more about using this space because it’s so special.

JM: Share with me more information about your upcoming performances here in Carmel, Indiana, and what your fans and audience can expect?

Feinstein: This year celebrates the centenary of Judy Garland and Peggy Lee – as it was delayed for a year due to COVID – and Doris Day. I plan to do a show that celebrates the music of these three ladies. I will be doing my full-scale “Judy Garland” show, which is a multimedia show with amateur film and photographs, etc., next April at the Palladium [in Carmel, Indiana], but it will be an intimate tribute to these three ladies, with other music that I think is appropriate for the time. But the centerpiece will celebrate their mutual legacies. There’s a lot of eclectic music out there, in addition to music that people know and love. It’s always fun to come up with a concept that will bring familiar things but also hold a lot of surprises for the audience.

Even Basil Fawlty would find this hotel substandard