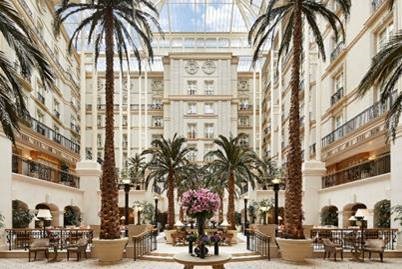 The Landmark London hotel has become the first major hotel company in the UK to embrace the four-day working week trend, telling AM City that its bosses will shave one day a week from February without losing any of their salaries.

In fact, the five-star Grand Dame hotel said its chefs would receive a pay rise while their working week was cut by one day.

The program was designed by Executive Chef Gary Klaner as part of the hotel‘s ambition to provide better work-life balance for chefs and improve the working environment in industrial kitchens hotel business, the company said.

“The creative shift in the workdays will relieve some of the current pressure the team is under that they are very excited and engaged,” Klaner wrote in an email to AM City

“This shows The Landmark London’s serious investment in our people and commitment to providing them with a healthy work-life balance,” he added.

The program will begin at the Landmark London’s Winter Garden restaurant. If successful, it will be rolled out to the hotel’s other kitchens, including the Great Central Bar and the Hub, the recently opened staff restaurant, “depending on its success”, the company said.

“In addition to a four-day week, the program will also increase the salaries of hotel chefs in recognition of the hours they work,” the Landmark wrote.

“Productivity will be maintained through a recruitment campaign in January and February, which will increase the number of kitchen workers the hotel employs,” the hotel said.