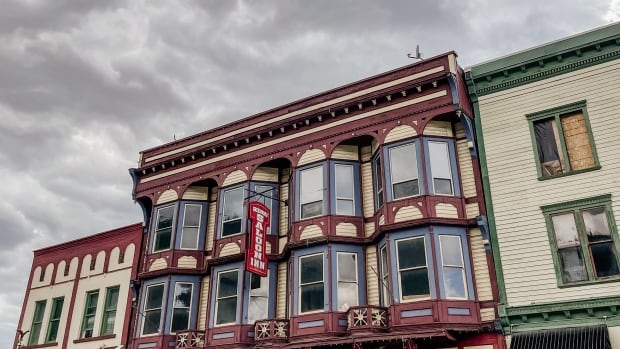 A metro Vancouver farm owner bought a heritage hotel in southeastern British Columbia, which was auctioned off after it closed several years ago.

Last week, Kendall Ballantine – who with her husband runs Central Park Farms in Langley Township – won the bid for the foreclosed Windsor Hotel in Greenwood, British Columbia, about 168 kilometers southeast of Kelowna .

The hotel – which was built in 1896 and rebuilt three years later after a fire – was bought by its previous owners in 2016, but has been permanently closed since 2017.

Ballantine says she noticed the Windsor Hotel on foreclosure lists last June and decided two months ago to buy it for her new hotel business.

She says the three-story hotel is in disrepair, which she hopes to fix as soon as possible before reopening it next summer.

â€œIt has deteriorated considerably, especially in the top two floors – there are kiddie pools in some of the back rooms that are full of water, as the roof failed at one point. a lot of water damage, â€she told Chris. Walker, CBC host Dawn South.

Ballantine says she will focus on renovating homes on those two floors, before restoring the downstairs restaurant and adding a new retail store to the building.

â€œThe goal is to make sure this building remains standing to respect its history,â€ she said.

Greenwood is a charming community of 800 residents that bills itself as Canada’s smallest town – a nickname referring to its rapid incorporation following the discovery of rich copper deposits which led to the establishment of the great Mother Mine. Lode in Deadwood, two miles west of Greenwood, in 1891.

Ballantine says local residents are happy to have him in their community.

â€œThey were so happy to be able to see that someone wants to respect the community and the heritage of the building,â€ she said.

Ballantine declined to say how much she paid for the Windsor Hotel and how much she will spend on renovating it.

Tap the link below to hear Kendall Ballantine on Dawn South:

The historic Windsor Hotel in Greenwood is about to start a new story. A Langley farm owner purchased the property for renovation. Kendall Ballantine shares her vision of the heritage building in the heart of the city. 5:14