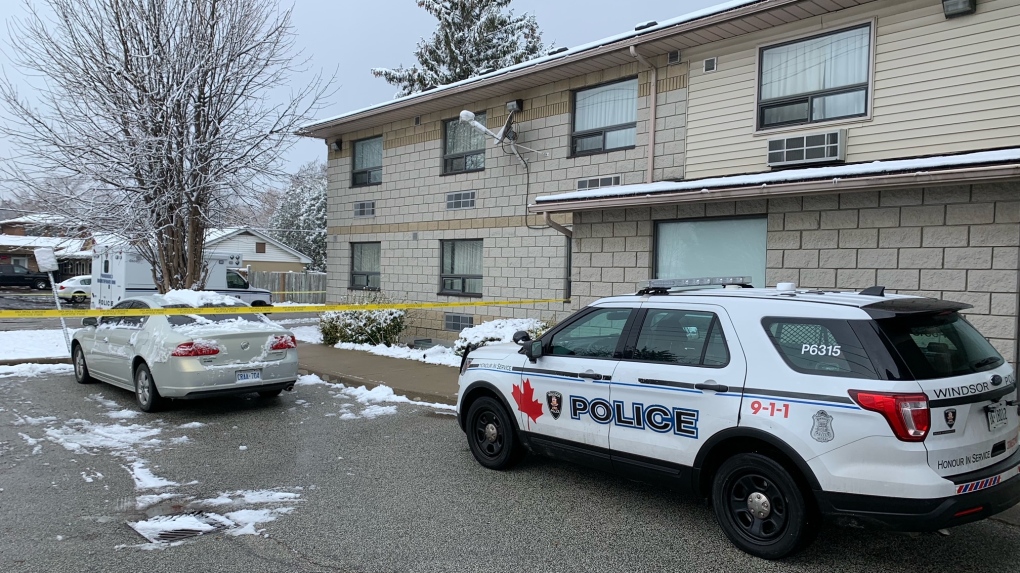 Windsor Police say a 24-year-old man died after being shot at a Division Road hotel.

A witness describes the “scary” night to CTV News.

The Major Crimes Unit is actively investigating the incident, which has been classified as a homicide, and is asking for the public’s assistance with further information.

Officers responded to a report of shots being fired at a hotel in the 2100 block of Division Road on Sunday around 12:45 a.m.

Upon arrival, police say they found a man with gunshot wounds. The victim was transported to hospital, where he succumbed to his injuries.

Investigators have identified the victim as a 24-year-old male from the Greater Toronto Area (GTA).

A guest who was at the hotel at the time spoke to CTV Windsor. CTV News has chosen not to release the identity of the witness for security reasons.

“It was something. It was scary. I’ve never really experienced anything like this,” the guest said.

The man was hanging out with friends at the hotel when he said he heard gunshots and called the police around 12:38 a.m.

“We heard about six to eight shots,” he said. “At first, we didn’t really know what it was. We did not expect this to happen. It just happened. Amidst the gunfire, we realized what was happening so we looked through the hole in the door. So we locked the door.

He then says they barricaded the door and kept looking through the eye hole and listening.

“We heard screaming and after two minutes we heard a girl screaming saying ‘someone got shot. Someone has been shot in the head, there is a lot of blood, someone is coming to help,” he adds.

About five to 10 minutes later, the witness told CTV News that he heard screams saying “he’s dead, he’s dead, which really hit us.”

The witness says that within minutes four police cars arrived and they kept coming.

“A cop every minute,” he said. “We saw the fire truck. I don’t think we saw the ambulance until at least 30 minutes later. We saw the forensic truck was outside. When I left, the whole neighborhood was completely blocked off. I’ve never seen so many cops in my life.Windsor Police and Forensic Unit at the scene of an active investigation at the Lexington Hotel in Windsor, Ontario. Sunday, November 28, 2021. (Chris Campbell/CTV Windsor)

The witness told CTV News he thought he could hear several people involved.

“My friend heard two guys and three to four girls,” he says.

POLICE ARE LOOKING FOR A SUSPECT

Upon investigation, police say they determined a suspect ran north on Byng Road and got into a waiting dark-colored SUV. The suspect vehicle fled the area heading north from the 3900 block of Byng Road.

The suspect is described as wearing dark clothing, a puffy hooded jacket and carrying what appeared to be a white bag.

Major Crime Investigators are actively investigating and seeking any information that may assist in the investigation.

Investigators believe it was a targeted incident and there is no threat to public safety.

Investigators are urging anyone in the 2100 block of Division Road and the 3900 block of Byng Road with surveillance video and dash cameras to check their footage for possible evidence, specifically between 12:00 a.m. and 12:00 a.m. 45 on Sunday, November 28, 2021. .

With files from CTV Windsor’s Alana Hadadean and Melanie Borrelli.