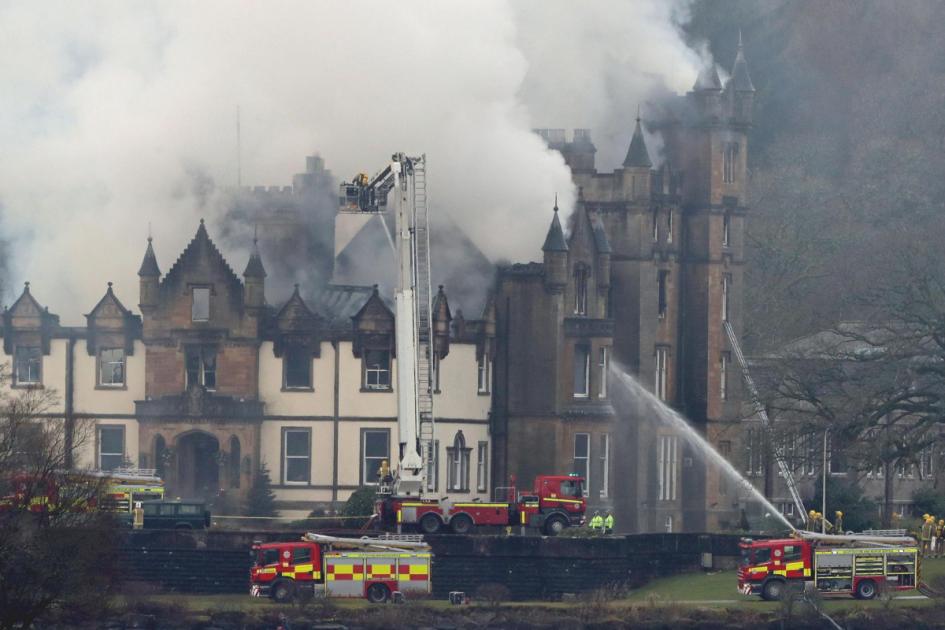 Man who died in hotel fire had cuts on his hands after trying to escape, inquest finds

A man who died trying to escape a fatal hotel fire with his partner had cuts and blood on his hands trying to force his way through a window, an inquest has heard.

Richard Dyson, 38, and his companion Simon Midgley, 32, from London, died following the fire at the five-star Cameron House hotel in December 2017.

An inquest into a fatal accident at the fire at the hotel, located on the shores of Loch Lomond near Balloch, is underway at Paisley Sheriff Court.

Poor visibility meant that Mr Douglas and his colleagues were sweeping the floors and walls with their hands and feet to check the situation around them.

“I kicked what I thought was a bit of debris from the hotel,” he told the inquest. “But I realized at the time that it was actually a person’s leg. It became clear that it was a victim.

“There was no visibility at the time. I tried to light my torch but I didn’t see anything.

Mr Dyson was unconscious and had blood on his hands after trying to fight his way out of hell.

Mr Douglas told the inquest he and his colleagues had already been told to evacuate the hotel over fears the building would collapse.

He told the inquest that upon his return, the conditions in the stairwell where the bodies of Messrs. Dyson and Midgley had gotten significantly worse.

“I couldn’t see my hands in front of my face at the time,” Mr Douglas said of the scene before finding Mr Dyson’s body.

The family of Mr Dyson and Mr Midgley became distraught when the inquest heard the details and showed photographs of the window and belongings left behind by the men trying to escape.

The inquest had previously heard that the couple had tried to break a window with a picture frame to escape the fire.

They had been able to break only one pane of the laminated double-glazed window.

Paul Stewart, 50, was the assistant chief non-commissioned officer on duty on December 18, 2017 – the morning of the fire at a 128-room hotel.

He arrived at the scene just before 8am and had been told by colleagues when he heard Mr Dyson and Mr Midgley were missing.

He told the inquest that the “main objective” was to locate the two men.

And he said he had ‘faith’ and ‘trust’ in the fire officer assigned to help with a roll call.

He said: “During the incident, I appointed an arrival call officer to get as much information as possible about the missing persons.

“My faith and trust in the commander doing this was pretty strong.”

Dumbarton Sheriff Court heard in January last year that the fire started after O’Malley dumped ashes and embers from a fuel fire into a polythene bag and then put them in a cupboard kindling and newspapers.

The hotel company has admitted that it did not take the necessary fire safety measures to ensure the safety of its customers and employees between January 14, 2016 and December 18, 2017.

The investigation is continuing.

Arthaus Hotel Review Dublin: A boutique stay with more than a touch of Bauhaus