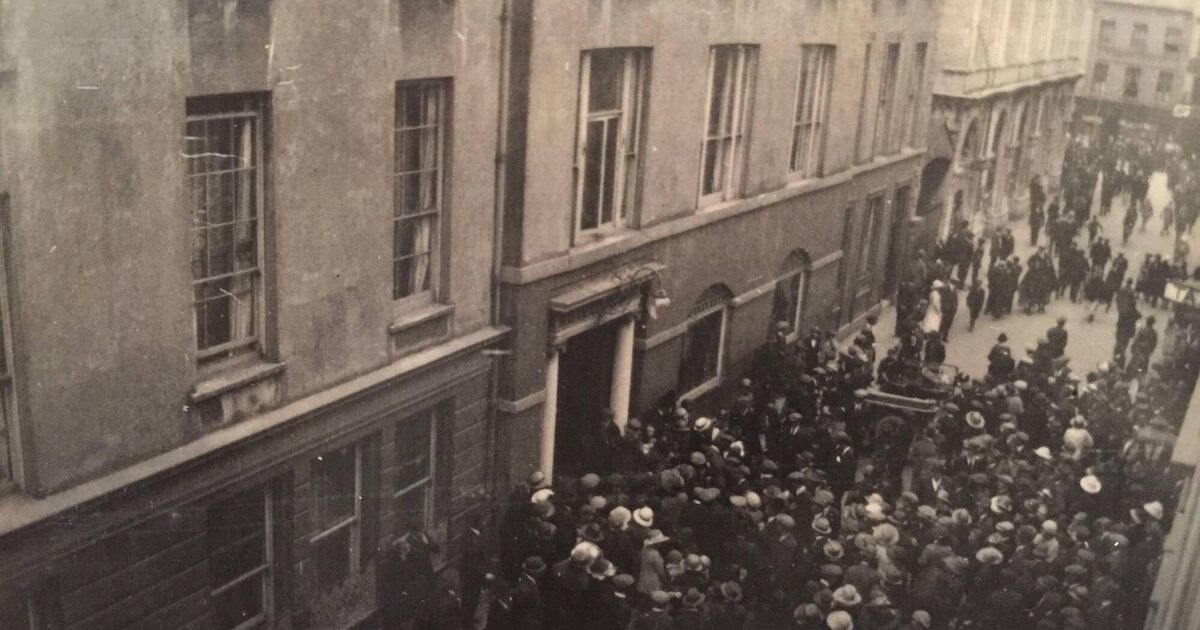 Cork’s Irish revolutionary leader, Michael Collins, is commemorated by the Imperial Hotel, which is celebrating the 100th anniversary of his death with a centenary commemoration program on August 20 and 21.

“The Big Fellow”, as he was known, was a regular guest and spent the last two nights of his life at the downtown hotel, which had been used as military headquarters at the time.

Among the commemorations is the launch of the Michael Collins Suite, room number 115, where Collins stayed. The ‘Michael Collins Suite’ has undergone a major renovation in order to arrange the historic connection in a luxurious 1920s style and the suite will be officially unveiled on the anniversary weekend by family members who will also be the first to sign the guestbook in the room.

The hotel has also commissioned a new portrait of Michael Collins from Irish portrait painter Mick O’ Dea of ​​Ennis. This painting will be officially unveiled in the hotel lobby on Monday, August 22 by Collins’ great-niece, Fidelma Collins, and great-nephew, Aidan O’Sullivan.

In addition, on Sunday August 21, members of the family of Michael Collins will attend the screening of two documentaries which will be presented by historian Bartle Darcy.

The first documentary will be the premiere of Fionnáin Creative Arts’ award-winning documentary titled “The Collector”, which is 30 minutes long. The main feature will be a documentary called Michael Collins The Final Days directed by Marcus Howard of Easter Rising Stories and which has a duration of one hour.

Finally, people can pre-book a tour led by Denis O’Sullivan of Wild Atlantic Luxury Tours that will depart from the Imperial in the South Mall and follow the same route that Michael Collins took on what would tragically be his last trip. Click here to find out more.

Commenting on the centenary, Imperial Hotel Owner Allen Flynn said: “As a proud Irish family business, we at The Flynn Hotel Collection have the unique pleasure of owning and operating a number of properties landmarks, including the Grand Lady of Cork, the Imperial Hotel. Over its 206-year history, the hotel has hosted famous and historic figures, but the connection to Michael Collins is particularly strong as he was a regular guest and tragically spent his last night in room 115.

“It is a great honor for us to pay tribute to Collins with a new commissioned portrait and by transforming the room where he stayed into the majestic Michael Collins Suite, which we hope will receive the approval of his family and will be a place for those who have an enduring respect for its place in history to stay in the future.

Cool luxury will transport you to a bygone era