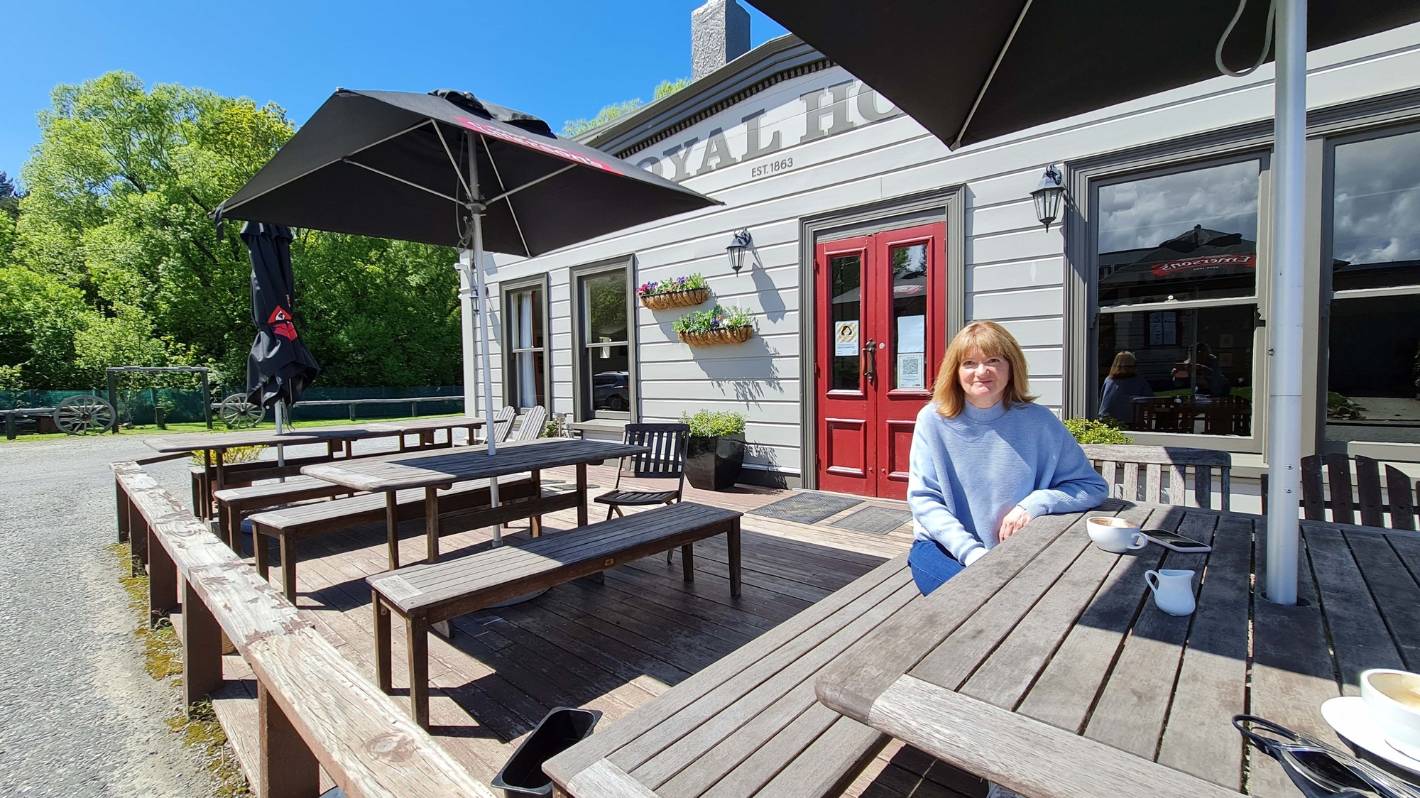 Naseby Hotel owner Jan Rutherford enjoyed being the watering hole of choice for the cast of cowboys involved in the making of Jane Campion’s The Power of the Dog.

Pouring a pint to a Hollywood movie star is every tavern owner’s dream, but the Hotel Royal was never sniffed at when Benedict Cumberbatch filmed The power of the dog just down the road.

Deep in Maniototo, in central Otago, lies Naseby, a town of 120 people, where the Royal not only survives, but thrives.

The city hosted a few film sets in its time: Goodbye pork piea Japanese film titled The promise and the latest being the Oscar-winning success of Jane Campion.

READ MORE:
* When the movie stars came to town: A Central Otago family’s farm was transformed for Jane Campion’s The Power of the Dog
* Get out of the ordinary: under-the-radar winter destinations you have to try
* Beautiful Central Otago offers a rich selection of food, drink and history

But the film’s stars, Cumberbatch and Kirsten Dunst, had places to go, and they never saw them.

“We were hoping because it would have been nice to have them there, but I think their schedules were tight.”

Rutherford said that although Sherlock Holmes didn’t visit, it was exciting to see some of the cast become regulars.

“We had the cowboys here, there was a whole gang of these guys. They came as often as they could which is great.

“We got to know them all very well, by first name.

“They mixed it all up, they loved our burgers and buffalo wings, anything with a bit of spice was American boys. They loved the local Emersons beers.

Other favorites on the tavern’s menu are always lamb from Provence, which is raised 15 minutes from Le Royal, as well as pork belly and hot chicken wings.

Rutherford and his partner Adrien Hood had the hotel for four years, after their other hotel, The Ancient Briton, burned down in a fire as the Power of the Dog was shot down.

The crew became so accustomed that one of them took a garden hose and put out the fire in Rutherford’s birdhouse, saving his “babies”.

The couple had done a lot of renovations since then, relining the entire interior while keeping the old-fashioned look, she said.

Normally the high season wouldn’t start until November/December, but this year bookings were busy for September with people keen to travel again.

“We’ve just had a very busy summer, the Kiwi servants are traveling and seeing a bit more Central Otago, and then with the borders opening, Aussies are starting to book.”

So who are the people keeping this impressive old building humming?

“It’s a mixed bag. We have our locals coming in and having their Friday night or Sunday night catch-up with everyone and having a good ol’ yarn and a beer.

“We have the Australian curling team coming over the winter, we have around 60 of them coming to town in August. They like to socialize.

The pub aimed to accommodate “everyone”, including families, events, tourists and of course “cribbies” – those lucky enough to own holiday homes, or “cribs”, in the hotspot of ‘Hollywood.

Rwandan hotel urges British migrants to ‘come as a guest, leave as a friend’