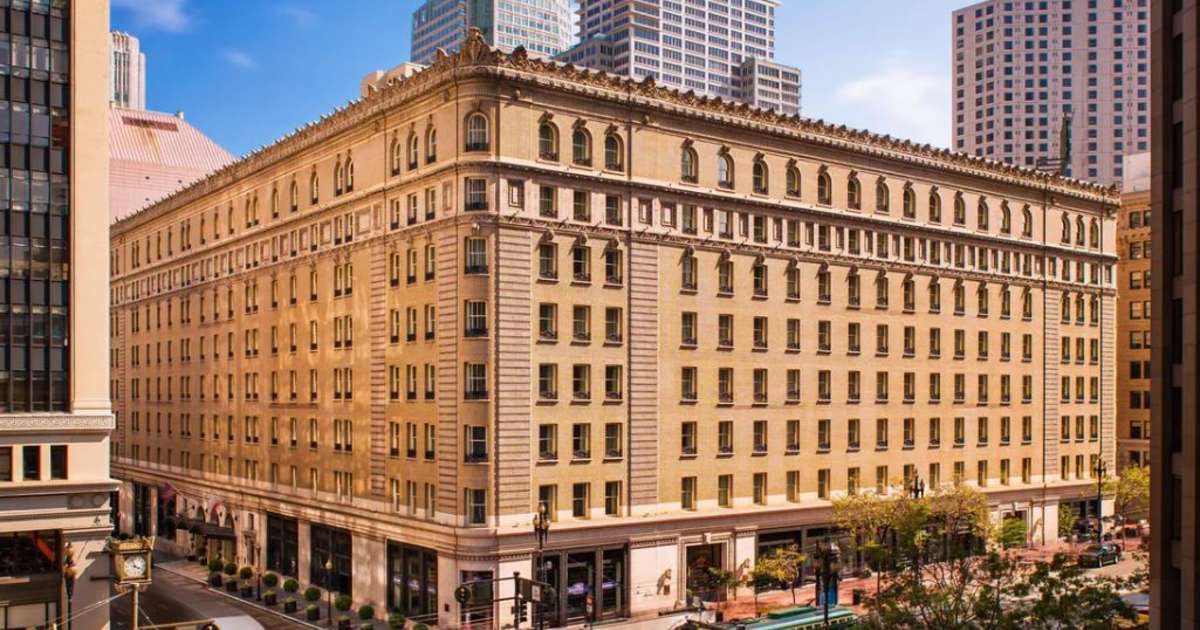 Nobody Asked Me, But… #266: Hotel History: The Palace Hotel, San Francisco, California

Hotel History: The Palace Hotel (1909), San Francisco, CA (556 rooms): San Francisco and the Palace Hotel have shared a common heritage for over 140 years. Inspired by a visionary developer, William Chapman Ralston, the Palace Hotel was known as the “Great Lady of the West”, a hotel of timeless elegance and unprecedented opulence. It was designed by architect John P. Gaynor as the largest, most expensive, and most luxurious hotel in the world. To finance its $5 million cost, Ralston depleted his Bank of California which collapsed in late August 1875. Shortly after, Ralston’s body was found floating in San Francisco Bay. Nevertheless, the Palace Hotel opened its doors two months later, in October 1875. United States Senator from Nevada, William Sharon, one of Ralston’s partners, known as “King of the Comstocks” eventually took control of the hotel when he paid the Bank and Ralston’s debts with pennies on the dollar.

San Francisco and the Palace were both destroyed in the earthquake and fire of 1906. Prior to this tragedy, the original hotel featured the Grand Court, the carriage entrance which was surrounded by seven stories of balconies adorned with tropical plants and lit by hundreds of jets of gas. and was paved with marble and covered with opaque glass. The guests were distinguished: Don Pedro II, Emperor of Brazil; King David Kalakaua, the last King of Hawaii (died at the Palace Hotel); Rudyard Kipling, Henry Irving, Ellen Terry and Enrico Caruso. Guests have been amazed by the hotel’s four hydraulic elevators called “Ascending Rooms.” Each room was equipped with an electric call button so that every guest request could be met quickly and completely.

The following proclamation was issued by Mayor EE Schmitz:

Proclamation By the mayor
Federal troops, regular police and all special police officers have been authorized by me to KILL anyone found looting or committing any other crime.

I have ordered all gas and electric lighting companies not to turn on the gas or electric until I order them to do so. So you can expect the city to remain in darkness for an indefinite amount of time.

I ask all citizens to stay home from dark until dawn each night until order is restored.

I WARN all citizens of the danger of fire caused by damaged or destroyed chimneys, broken or leaking pipes or gas appliances, or any other similar cause.

After the earthquake and fire, it took three years to rebuild under the supervision of architectural firm Trowbridge & Livingston (which was renowned for the St. Regis Hotel, the Knickerbocker Hotel and the B. Altman & Company in New York). To perpetuate the tradition of the Palace, a small wood “Baby Palace” The hotel was quickly built a few blocks from the ruined hotel. It had twenty-three rooms and was run by Ernest Arbogast, the famous chef of the original Palace Hotel. When the Palace Hotel reopened in 1909, it featured the 16ft Maxfield Parrish mural “Hamlin’s Pied Piper” which is displayed to this day in the Pied Piper Bar. The Porte Cochere has been transformed into the Garden Court, one of the most beautiful public squares in the world and a prestigious dining room.

The following summary describes some of the unusual events and famous people who have stayed at the Palace Hotel:

A review of the palace grill in the late 1890s that appeared in the San Francisco Chronicle was true then and, even more so, in 2016:

“Comparison? Well, there isn’t, because the grill has no competitors; it only has imitators. The Palace grill came first…then the globetrotters discovered it , and they took his fame to every corner of the world…and the imitators lined up.

The Palace grill is the fin de siècle cuisine of cafes and restaurants in America. It has no equal, and the zest of the steak in the Grill Room would bring Chateaubriand out of his grave… On its silver-framed tables and under its white ceiling and sparkling chandeliers, the great world gathers to eat, drink and talk. It brought starvation to half the club dining halls…”

The Palace Hotel is a member of Historic Hotels of America and the National Trust for Historic Preservation.

All of my following books can be ordered from AuthorHouse by visiting stanleyturkel.com and clicking on the title of the book:

If you need an expert witness:
Stanley Turkel has served as an expert witness in more than 42 hotel-related cases. His extensive experience in hotel operations is beneficial in cases involving:

Feel free to call her toll-free at 917-628-8549 to discuss any hotel-related expert witness assignments.