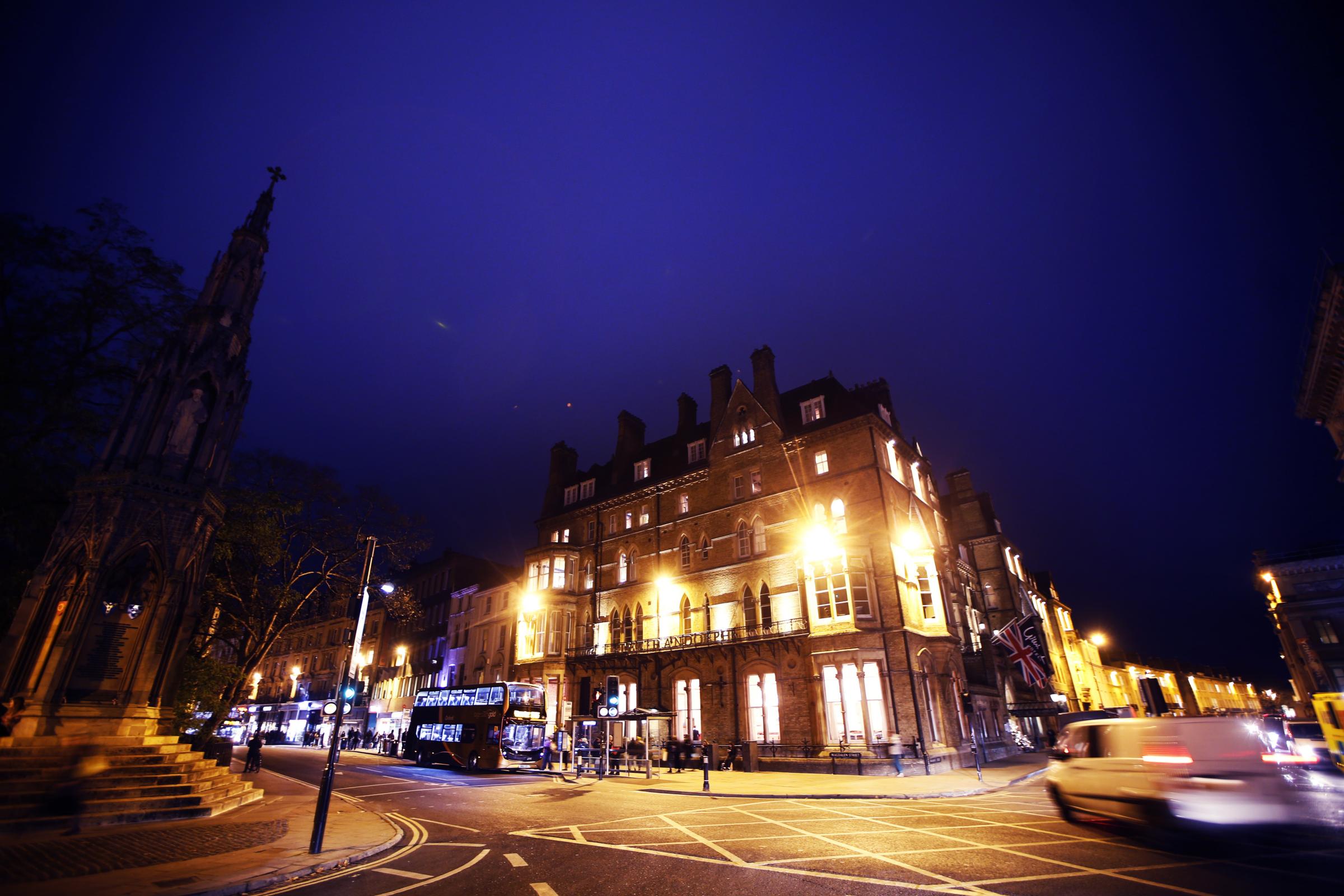 NOTICE: New The Alice restaurant at the Randolph Hotel in Oxford

MORE than just a hotel, the Randolph is an institution in Oxford. The Victorian Gothic grande dame of Beaumont Street had always been an endearing and seedy landmark; rough around the edges but with the gravity of a classic hotel inexplicably enjoying five stars.

Or at least it was. Two years ago the 19th century battery was acquired by the American Graduate Hotels and they transformed the place. Despite the initial reservations, the restoration was – on the whole – sensitive and a huge improvement.

The cozy Morse Bar – the former lair of the late Colin Dexter – remains, the familiar oak panels intact, though plastered with perhaps a few too many photos of John Thaw in detective mode. Those unfamiliar with the grumpy Oxford Detective – like my teenage son who joined me for the evening – will be completely bewildered by the sanctuary dedicated to Dexter’s iconic cop. Its magnificent cocktail menu is, however, impeccable.

The Randolph’s crown jewel is its restaurant, renamed The Alice in honor of another enduring Oxford character.

It is an impressive space. Crystal chandeliers hang from a high ceiling of delicately painted panels. There are indescribable splashes of art on the walls and ghastly shiny chewing gum pink banquettes topped with brass rails, which would suit a 1950s Midwestern restaurant better. But even the tacky flashes don’t wash away. the beauty of the room’s elegance and the sense of space – something almost unheard of in one-off British restaurants.

Executive Chef Chris Emery’s menu is traditional British with a French accent and more imaginative than I expected given the US takeover of the hotel. And it took some tough decisions. We started with a very nice chicken and foie gras terrine. This came in the form of a thick disc topped with plum alongside a sweet spongy bun. The terrine was smooth, bursting with flavor and deeply satisfying. The plum provided the required sharpness and acidity without drowning out that warm livery taste. And a decent value too at Â£ 12.50. 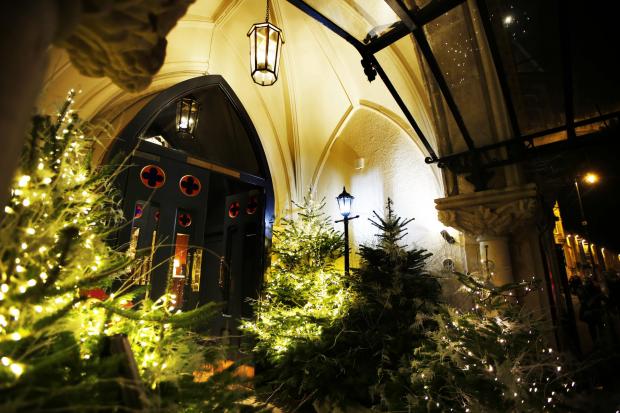 Main courses included a 36 day rump steak and strong fish dishes with brill and sea bass, but our heads were turned by the sharing plates which included a fabulous 50 day rib of beouf (Â£ 68).

There really was no choice. This was served to the point and with satisfying ceremony, sliced â€‹â€‹into thick, juicy slices on a platter that would have pleased a medieval monarch. It was perfectly cooked and melting in your mouth.

It was accompanied by a delicious fatty beef carrot, roasted garlic, greens, a pot of thick and creamy bearnaise and – best of all – a generous oxtail pie. This bonus treat was an absolute delight. Rich, slow-cooked pieces of meat so tender they collapsed on a fork, in a thick gravy topped with mashed potatoes served in an extremely hot cast iron pot; a satisfying and well-executed meal in itself.

We ordered sides of cooked triple crisps and tender broccoli (both Â£ 4). The vegetables were soft and tender and made up for the overload of meat. The fries were crispy and golden brown but, given the size of the huge platter, they were unnecessary and were largely not eaten. It was a royal feast as befitted our grand setting.

It went well with a curiously named Battle of Bosworth Cabernet Sauvignon. Despite the name, it doesn’t come from the vineyards of Leicestershire (although there are a few up there), but, thankfully, from South Australia’s McLaren Vale. Rich and oaky, and bursting with blackberry and plum, it takes its name from winemaker Joch Bosworth and was the perfect match for rich beef.

We finished with a refreshing but pleasantly delicate vanilla buttermilk dessert, topped with a tangy citrus sorbet for the cheeks, which was also very good and thankfully light.

Even though it was far from late, we were the only people inside then. Obviously, the news of Alice has yet to be released which, considering the quality of the food and the absolutely lovely service, will be.

Most people in Oxford have never set foot in The Randolph. With the arrival of The Alice, this is the perfect opportunity to change that. Why leave something so good for tourists?

The Alice is at the Randolph hotel, rue Beaumont.

A story for us? Send us your news and photos here