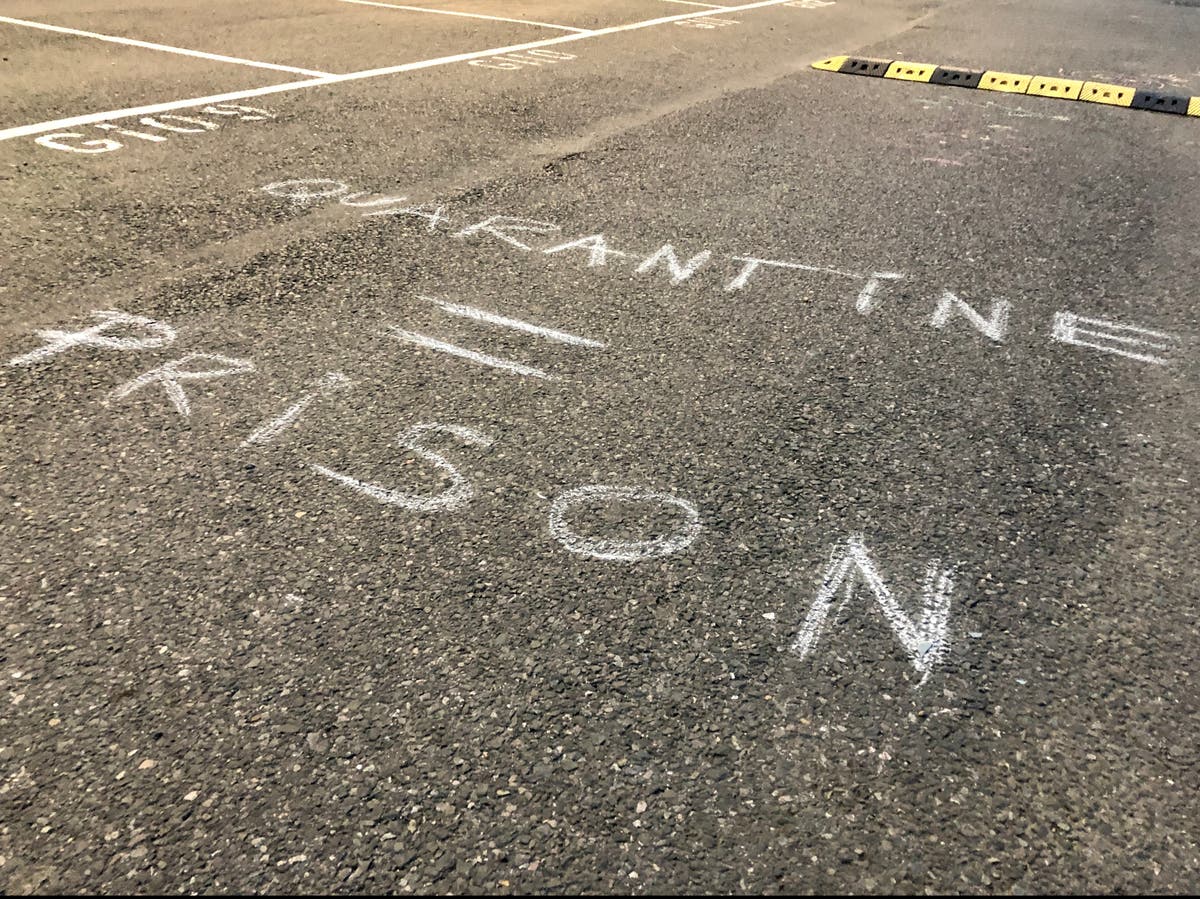 Taxpayers have spent hundreds of millions of pounds subsidizing the government’s ‘hotel quarantine’ scheme – with no certainty it has done any good.

The cross-party committee also accuses the Department of Health and Social Care (DHSC) of allowing UK travelers to be scammed by unscrupulous testing organisations.

The hotel quarantine was introduced in February 2021. The controversial requirement for travelers from “red list” countries to spend 11 nights in an airport hotel has remained in place for an ever-changing cohort of countries, sometimes at number of more than 50, until December 2021.

DHSC sources say that towards the end of the program, very few travelers were quarantined in hotels, which significantly increased the average cost.

The committee also says: ‘The DHSC has failed to adequately protect the taxpayer from fraud under the Managed Quarantine Service (MQS) and is not pursuing the fraud it has identified with sufficient vigor.

“There has been substantial fraud against the MQS program. As of March 1, 2022, DHSC owed £74million in unpaid bills. This includes £21million in refunds issued, but DHSC does not know how many of these were fraudulent.

A number of people who were in hotel quarantine later got ‘chargeback’ refunds from their credit card companies, who in turn claimed the money back from the government.

The Independent understands that cases where a reservation has been charged back have been referred to Qualco, DHSC’s debt collection agency – although sources said that when the fraud involved travelers based in the abroad, it may not be possible to recover the funds.

Between February and September 2021, people could self-certify that they were in financial difficulty to avoid prepaying for hotel quarantine.

The report states: “The DHSC also does not know the extent to which its financial hardship claims system has been abused.

Looking more broadly at the UK’s travel restrictions, which were more onerous than those of other major European countries, the report condemns the government for failing to set clear targets and track its spending in managing cross-border travel . Ministers are unsure ‘whether the system worked or whether the cost was worth the disruption caused’.

MPs say: ‘We are concerned the government has not attempted to measure whether its health measures have been successful, particularly as research commissioned by the airport industry has suggested that health measures have only delayed by seven days the peak of the number of cases of new variants”.

Dame Meg Hillier, Labor chair of the Public Accounts Committee, said: ‘The approach to border controls and quarantine has caused huge confusion and disruption with 10 changes in one year. And now we can see that it’s not clear what this achieved.

“We can be clear on one thing – the cost to the taxpayer of subsidizing expensive quarantine hotels, and over millions of taxpayer dollars spent on measures with no apparent plan or reasoning and some valuable checks or evidence that it worked for protect public health.”

Commenting on the report on LBC Radio, easyJet chief executive Johan Lundgren said: ‘The traffic light system has had no significant impact on the spread of Covid infections.

“They were introduced without any scientific proof that they would work.”

An earlier report by the Transport Select Committee concluded: “There is no evidence that requiring travelers from certain countries to self-quarantine in a hotel, rather than at a location of their choice, has improved the coronavirus situation in the world. UK compared to other European countries.

“As international travel restarted in the summer of 2021, the industry, its workforce and its passengers have been subjected to an opaque, ambiguous and inconsistent traffic light system.”

The PCB agrees that the parameters used for the decisions were unclear.

“The government has not released information on how it has assessed the risk of traveling to different countries, making it difficult for people to plan or anticipate any changes that may be made,” the report said. .

A government spokesperson said: “The pandemic was an unprecedented challenge and we acted quickly and decisively to implement policies designed to save lives and prevent the NHS from being overwhelmed.

“Our top priority was public health and there was tremendous effort across government to put in place border measures which helped protect the UK against the arrival of Covid-19 cases, saving a vital time for our national response to new and concerning variants.”

The Public Accounts Committee estimates that one in three travelers due to be quarantined at home may have broken the rules, saying: ‘Although the Home Office and DHSC spend over £100m on home visitation contracts to check compliance, around a third of people may not have complied with home isolation requirements, and only 0.32% [around one in 300] of all home visits were handed over to the police.

“[Government] departments have failed to protect the taxpayer and the public from the risk of fraud and poor quality of service from providers of Covid-19 tests for people traveling to the UK, or to vigorously pursue the fraud that is is produced.

The committee also criticizes that the DHSC “failure to properly implement the travel testing market exposes the public to the risk of fraud and poor quality of service.”

The report said: “We are deeply concerned that so many companies have been listed on gov.uk giving the impression that they have been government approved when in reality they may not have not met the required standards.”

The government spokesperson said: “The Covid-19 inquiry has been set up to examine the UK’s response to the pandemic and the government will fully meet its obligations to the inquiry.”

The government has two months to formally respond to the PAC report.