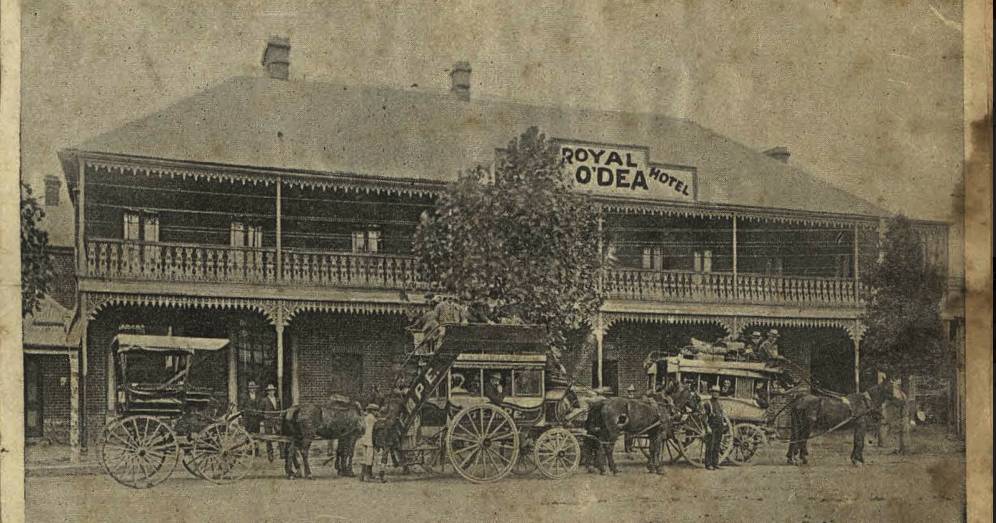 The story of the Royal Hotel Tumut began when young Henry Moon got off ‘The Alfred’ arriving in Sydney Harbor on Tuesday 7th January 1840.

To say he was adventurous is an understatement. To seek our shores as a free man, you must have been endowed with a courage born for effort.

Henry arrived as a free settler, under the assisted immigration scheme, the year the British government ended the transport of convicts to the colonies. He and his family headed for Tumut around 1843/44.

Henry was enterprising, making a name for himself realizing that independent gold mines wanted a faster way to process ore. He used the principles of flour milling to crush rock. With the money earned from this venture, Henry opened the first hotel in Tumut, The Rising Moon, in 1854.

These were the early days of Australian pubs, as they began to differentiate themselves from the English style from which they were derived.

They were versatile places for meetings, business and even coroner’s inquests. Many were infamous as haunts of dubious characters. Not much has really changed.

As the colony became established, the publicans took advantage of it and became more influential.

In 1872, at the age of 64, Moon sold the pub to Charles and Ann Fraser. They renamed it The Royal Hotel and it reached new levels of success.

Charles D. Fraser was described as “the popular guest of the Royal Hotel, Tumut” when he died 13 years later.

We like to think that The Royal still holds a prominent place in Tumut as a social hub for the community. Owners have come and gone, but the overwhelming feeling has always been, “this is Tumut’s pub, we’re looking after it just for them”.

A celebration of the 150th anniversary of the Hôtel Royal will take place on Saturday 30 July.