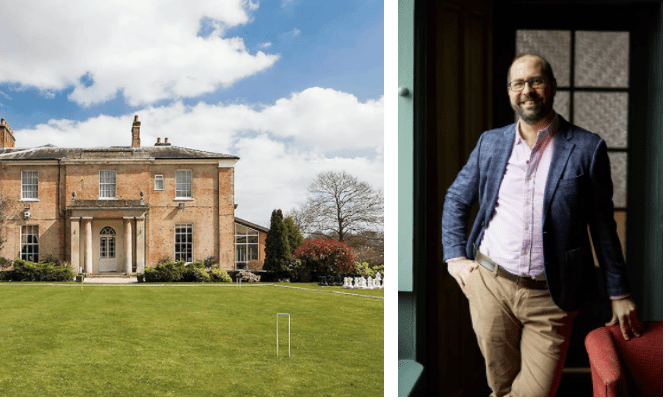 The Signet Collection has appointed Vincent Freulon as General Manager of its second hotel, The Retreat at Elcot Park.

Housed in a Grade II listed 18th century building, The Retreat is due to open in West Berkshire in April. The property follows in the footsteps of sister property The Miter in Hampton Court.

Born in Le Mans, Freulon spent much of his childhood helping his father in a vineyard in the south of France, where he developed a passion for wine and hospitality. After ‘excellent’ at hotel school, he moved to England to take on various hospitality roles at renowned sporting venues such as Windsor Royal Racecourse, Hampshire Cricket Club and Arena Racing Club.

In his new role, the group said Freulon will lead the opening of The Retreat which will feature 55 rooms, an outdoor infinity pool, health club, tennis courts, croquet lawn and landscaped gardens.

Hector Ross, Managing Partner, said, “I am delighted to welcome Vincent to lead the team at our second property, The Retreat at Elcot Park. Vincent is an accomplished and dynamic leader with a proven track record in the hospitality industry.

“His previous experience, coupled with his dedication and passion, brings an exciting perspective to The Retreat, and he will be a valuable asset in ensuring he follows in The Mitre’s success footsteps.”

Freulon added: “It is a privilege to lead the team at this very special historic hotel. Having followed it closely, I have been a great admirer of The Miter’s unique style and impeccable service and look forward to bringing it to The Retreat, alongside exceptional local cuisine and a wide range of activities in the countryside.

“To me, The Retreat has all the makings of the perfect country hotel, and I can’t wait to put it on the map as a destination in its own right.”