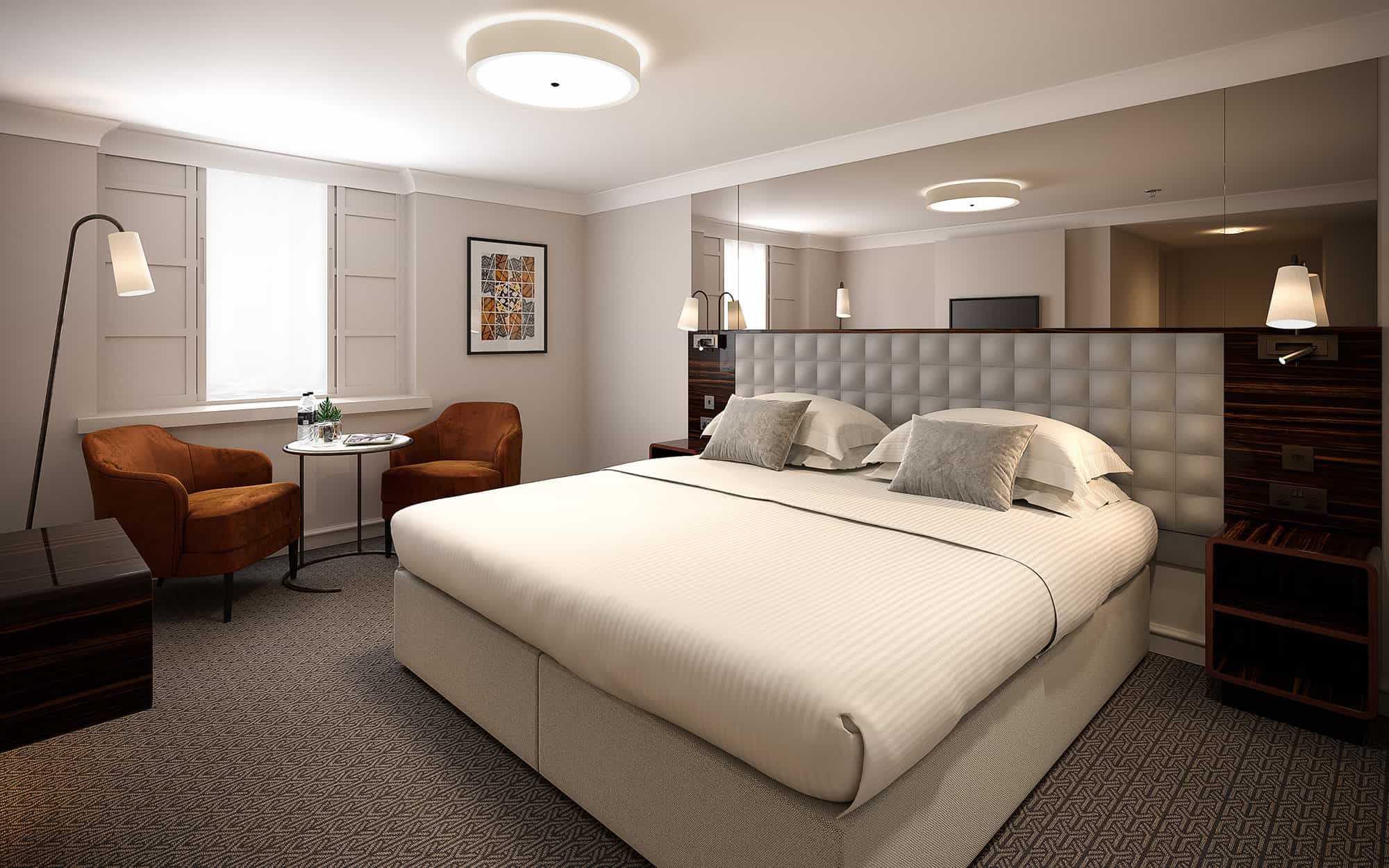 Built in 1909, the Strand Palace Hotel has survived two world wars, witnessed 26 prime ministers and seen more protests than you can count (Trafalgar Square is around the corner). The 20th-century whitewashed monster was also a popular haunt for the military during World War II – it was an official rest and recuperation residence by the United States. Although things have changed considerably from the old days – you have to pay a few hundred dollars a night rather than five shillings and sixpence like the day it opened – the hotel still retains the palatial charm of yesteryear. And although the four-star grande dame recently underwent a multimillion-pound facelift, you’ll still find many of the art deco features that made her so special in the first place.

Close to Trafalgar Square and the tourist streets of Covent Garden, the Strand Palace Hotel is in the heart of London. Some of London’s most important theatres, such as the Royal Opera House and the London Coliseum, are within walking distance, as is the banks of the River Thames. The National History Museum, Churchill’s War Rooms and Buckingham Palace are easily accessible from the hotel by tube. Although unmissable, Gordon’s Wine Bar, considered London’s oldest, is less than a ten-minute walk away. Public transport is easily accessible with the nearby Covent Garden tube station. Arrivals in the capital by train at St Pancras or King’s Cross may also take an underground journey of around 15 minutes. The nearest airport is London City, which takes about 30 minutes (on a good day) by taxi.

The Strand Palace Hotel is a huge hotel, with rooms in each hallway. Maps and panels could be simplified, but once you find your way to your sequel, you’ll be glad you did. All 785 rooms offer high levels of comfort — think huge TVs you can hook up to your smartphone, coffee machines, and plush bathrooms. The one button shower system (a godsend) should be standard in all new hotels to save the faff. Perhaps to brighten up some interior-facing rooms, designers opted for light hues and pops of colorful artwork. Interior views aren’t exciting (when are they?), but mean you’ll have less street noise. There is ample space for luggage and an iron, bathrobes and slippers. Unfortunately, there’s no office, which seems like a slight oversight considering how many people are working remotely. Although the sheets are soft, the mattresses are comfortable and the blackout curtains do their job well.

Set in a grand whitewashed corner building with an elegant 20th-century facade, the Strand Palace Hotel cuts an impressive silhouette from the street. You’ll be guided to reception by sumptuous monochrome circular light fixtures hovering above spotless marble floors. The black, white, gold, and gray palette, paired with curved seating and bar tops, is a nod to the hotel’s Art Deco past. Just off the lobby is Haxell’s restaurant, which continues the monochrome theme of the 20s. Elsewhere, Haxell’s tea room is different – burgundy, white with gold furniture trim, nature prints and flowers galore . The staff offers bottled water for when you arrive late at night and will be happy to help with reservations and show tickets. There’s a basic gym with weights, running machines, and treadmills, but no pool, and Wi-Fi is free.

Haxell Tea Room serves afternoon tea and light snacks from noon to 5 p.m., while Haxell Restaurant and Bar, located off the lobby, serves British cuisine (burgers, fish, etc.) until ‘at 21h. Breakfast is not included (there is an extra £20) at the Strand Palace Hotel, too bad the rooms are so expensive. However, this is a substantial offer. Hot and cold dishes are available at the buffet, from eggs, bacon and sausages to cereals, cold meats, fruits and fresh juices.

Rooms at the Strand Palace Hotel are available from £100 a night.

Credit card rates are still set at 2% per month