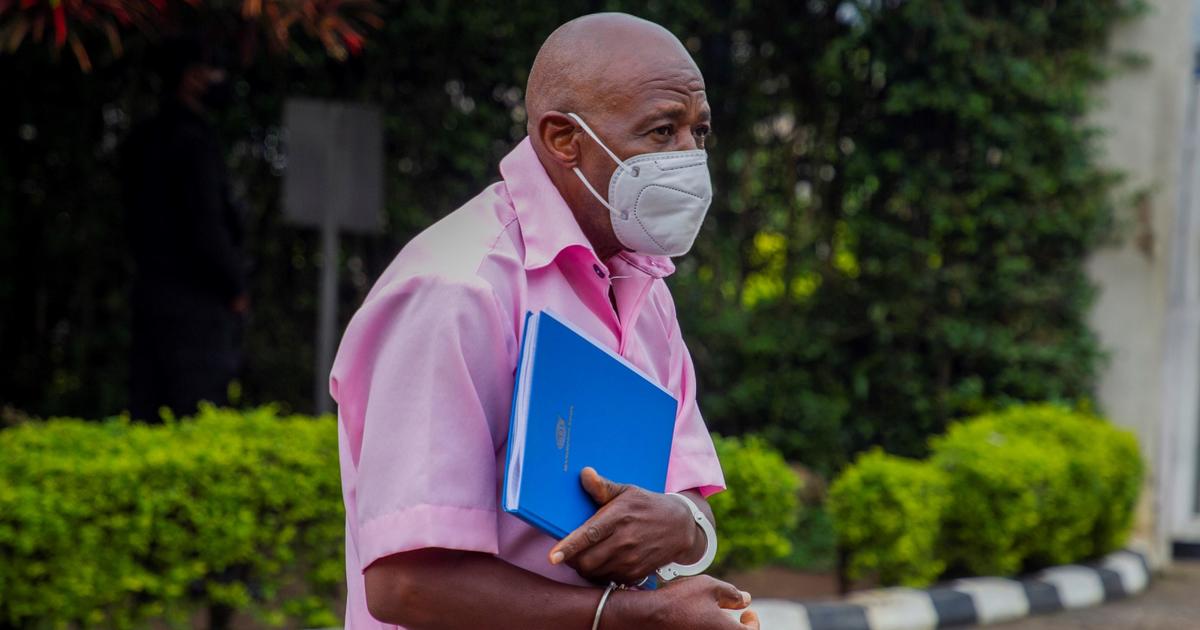 Kigale, Rwanda – Paul Rusesabagina, the Hero of the “Hotel Rwanda” who has become a fiercely outspoken critic of the government, was convicted on Monday of terrorism charges after what his supporters called a politically motivated show trial. He was found guilty by a high court in Kigali of forming a rebel group accused of deadly firearm, grenade and arson attacks in Rwanda in 2018 and 2019.

“He founded a terrorist organization which attacked Rwanda, he contributed financially to terrorist activities,” said Judge Beatrice Mukamurenzi after a seven-month trial.

Rwandan prosecutors have requested a life sentence for Rusesabagina, the 67-year-old former hotelier credited with saving more than 1,200 lives in the country’s 1994 genocide, and whose actions inspired the Hollywood film.

Neither Rusesabagina, whose family has expressed concerns about his health, nor his lawyers were in court for the verdict. He should appeal.

The other 20 defendants in the case, handcuffed and dressed in pale pink prison uniforms, were brought to court for hearing.

Rusesabagina, who used his fame to denounce Rwandan leader Paul Kagame as a dictator, has been behind bars since his arrest in August 2020 when a plane he believed was bound for Burundi instead landed in the Rwandan capital Kigali. .

His family said Rusesabagina had been kidnapped and dismissed all nine charges against him as revenge by a vengeful government for his outspoken views.

The trial opened in February but the Belgian citizen and holder of the American green card boycotted it since March, accusing the court of “injustice and lack of independence”.

The United States – which awarded Rusesabagina his Presidential Medal of Freedom in 2005 – as well as the European Parliament and Belgium were among those who expressed concerns about his transfer to Rwanda and the fairness of his trial.

Kagame’s government accused Rusesabagina of supporting the National Liberation Front (FLN), a rebel group accused of attacks in 2018 and 2019 that left nine dead.

He denied any involvement in the attacks, but was one of the founders of the Rwandan Movement for Democratic Change (MRCD), an opposition group of which the FLN is considered the armed wing.

“The MRCD-FLN has committed acts of terror. The MRCD cannot be separated from the military acts” of the FLN, said Judge Mukamurenzi.

“The court concludes that Rusesabagina’s role in founding the FLN, providing funds to the rebels, purchasing communication tools for the rebels all constitute the crime of committing terrorism.”

During the trial, his co-defendants gave contradictory testimonies about Rusesabagina’s level of involvement with the FLN and its fighters.

Rusesabagina was the former director of the HÃ´tel des Mille Collines in Kigali, where he housed hundreds of guests during the genocide that left 800,000 people dead, mostly ethnic Tutsi.

A decade later, American actor Don Cheadle played Rusesabagina, a moderate Hutu, in the Oscar-nominated blockbuster that presented his story to an international audience.

Rusesabagina quickly became disillusioned with the new Tutsi-dominated government led by Kagame, the rebel leader-turned-president whose forces put an end to the massacres.

He accuses Kagame of authoritarian tendencies and leaves Rwanda in 1996, living in Belgium and then in the United States.

Abroad, he used his global platform to campaign for political change in Kigali and developed close ties with opposition groups in exile.

His family, who campaigned around the world for his release, claim that Rusesabagina is a political prisoner and accuse the Rwandan authorities of torturing him in detention.

The Hotel Rwanda Foundation, which supports Rusesabagina, earlier this month described the court proceedings as a “show trial” and said the government had not provided any credible evidence against him.

â€œPaul’s family and team knew he would be found ‘guilty’ by the time he was kidnapped – no trial was necessary,â€ he said.

Investigators confirmed that a cell phone belonging to Kanimba, a US-Belgian binational, had been compromised on several occasions.

For the latest news and analysis, download the free CBS News app