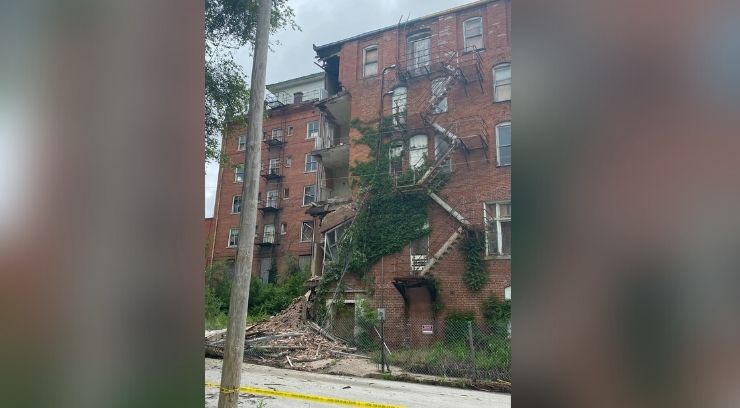 The Royal Hotel began to collapse at the south corner of River Street, police said. It happened around 3 p.m.

A city spokesperson said the historic building lost bricks on May 21 and city staff worked with the developer, Royal Hotel Properties, to stabilize the building and begin partial demolition before the collapse Wednesday partial.

The city said the problem was caused by “years of water seeping into the building through the roof.”

The neighboring businesses and apartments of South Street are evacuated. No one was hurt.

Police are asking everyone to avoid the area and adapt their routes accordingly.