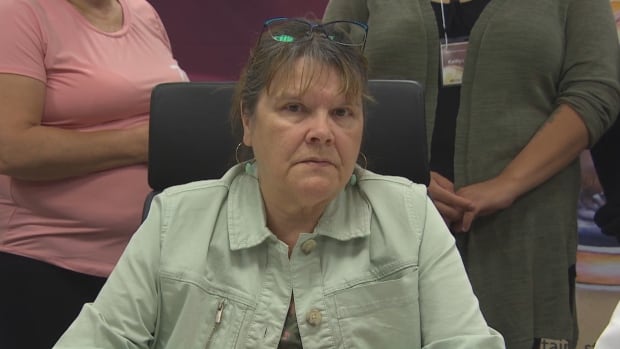 Wildfire evacuees report having gun pointed at them outside Winnipeg hotel, MKO says

Winnipeg police are investigating a report that three people evacuated by wildfires were shot with a gun early Friday morning.

The allegations were raised at a press conference held jointly by Cree Nation Mathias Colomb and Manitoba Keewatinowi Okimakanak, where they said the men had tried to intervene in what they believed to be a kidnapping.

Com. Shirley Castel of the First Nation said three young men who had recently escaped from the northern community due to wildfires said they saw a woman knocked unconscious and brought in a vehicle outside of a hotel on Notre Dame Avenue between Valor Road and Midland Street.

She said the men tried to help but were confronted by a gunman, aged 50-60 with white hair and a beard, who said he would shoot them if they did not move away out of his way.

“I commend them for their courage in trying to intervene,” Castel said at the press conference.

She said the men had quick thinking and managed to snap a photo of the woman, and provided a description of the man’s vehicle and license plate number to the police.

It is unclear if the woman is also from the Mathias Columbus Cree Nation, as none of the men recognized her.

He said police did not have enough information to classify the incident as a kidnapping at this stage.

“We pray for the safety of this young woman,” Castel said.

“We wanted to make sure someone was actively involved because this is a life or death situation. That’s why I called him personally,” Settee said.

“It’s really disturbing, it’s really scary, which is why we wanted to make sure someone was listening and something was being done.”

While it is not known what happened to the woman or where she is from, MKO Garrison Grand Commander Settee says it is very concerning that something like this could happen to the exterior of a hotel where vulnerable people are staying.

Castel says it’s stressful for community members to be scattered in multiple locations across the province, and not together in their tight-knit First Nation.

“We knew there would be security issues. I want to encourage our fellow citizens to continue to look out for each other. We come from an isolated community and we are so welcoming and open that it puts our young people at risk” , she added. said.